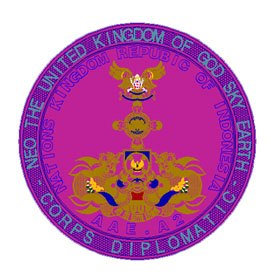 RESPONSIBILITIES
OF THE
THE COMMITTEE OF 300-THE INTERNATIONAL ORGANIC AGENCY-UNITED NATION ORGANIZATION
CERTIFICATE CODE 99.98
SERIES 01-4 ASSET
THE LANDREFORM OF INTERNATIONAL CERTIFICATE

Account Master Agreement No. 552552542AM Special Federal Reserve Board


The Authority Offered of Area of the Asset, Income, Person on behalf of the History Registered World Program and History Banking “ILLUMINATING” Bedding Program Exhibitor AB and Obligator AB and principal I.H.O-International Handle Organization 459 by Single Owner, User, Funder, Lender Handling Bank Have to Provide Infinite Bank Statements to the “IRS” under the Master Account Agreement.Exhibit A. Gold Certificate UBS-Instruction with Volume 4.760.920.184 Kgs. And Holder Certificate QR-154-321-CO-003496 JM, London AZL 18. US 1344 to the bank is responsible by a Single Owner.

FINAL REPORT:
Subject: The IRS Is NOT Who You Think They Are!

UBS-INSTRUCTION TO PROVIDE ACCOUNT RECORDS TO THE “IRS” BY SINGLE OWNER
AUTHORIZED INFINITE BANKS STATEMENTS THE COMMITTEE OF 300-THE WORLD BANK GROUP BY DEWAN IKATAN DOKUMEN INTERNASIONAL-CERTIFICATE CODE 99.98 SERIES 1-4 ASSET-INCOME-PERSONAL.
In the 2013 UN-RESOLUTION, with Medallion Helping One Hundred Years to Create the Future with Absolute Title by Big Top Royal, K. 681 The Master Key of the King of King’s M-1 (Monetary Control)Comptroller of the Currency C D – Ownership and ID-UBS History (Millestones) as Owner, User, Funder, Lender Handling Banks Have to Provide Account Record Design “INFINITE BANK STATEMENTS” The Committee of 300-The World Bank Group final Report febuary 2013 by Global Assistance the OPPT-One Peoples Public Trust. This is Creator Internal Protocol-IP. NO. 301 to the 1979 edition of 22 USCA 278, "The United Nations," you will find Executive Order 10422. The Office of Personnel Management is under the direction of the Secretary of the United Nations with The Corps Diplomatic Community Commercial in to NEO THE UNITED KINGDOM OF GOD SKY EARTH by One Personal Only.
Individual Interpreted. The Staff is NOT Interpreted. Notary is NOT Acceptable. ByAuthorized Dewan Ikatan Dokumen Internasional.


IMPORTANT MESSAGE:
All email sent and offered to Me is accepted for value. All email sent by Me is private, non-negotiable, exempt from levy, confidential, and is for the intended recipient only. I reserve all of My rights with prejudice, without recourse, and waive none. Whatever is authored by Me is copy protected and remains as My property. Access, disclosure, distribution, copying of and or copying by any means by any device or retrieval systems is prohibited without the explicit written permission of the author. Reliance on any of it by anyone without doing further research, proving, having proof, or verifying is prohibited. Violations, infringements, and or offences may result in civil and or criminal actions, and or tried by common law. Please delete if obtained in error and email confirmation to the sender.
________________________________________
Subject: Fwd: The IRS Is NOT Who You Think They Are!

http://www.meguiar/. addr.com/ IRS_UN.htm
Meet The IRS - Americas Enemy Within >Provided by: D. J. Logan SINO.AS
The IRS is not who you think they are. IRS agents are neither trained nor paid by the United States Government.
Pursuant to Treasury Delegation Order No. 92, the IRS is trained under the direction of the Division of Human Resources United Nations (U.N.) and the Commissioner (International) , by the office of Personnel Management.
In the 1979 edition of 22 USCA 278, "The United Nations," you will find Executive Order 10422. The Office of Personnel Management is under the direction of the Secretary of the United Nations.
Pursuant to Treasury Delegation Order No. 91, the IRS entered into a "Service Agreement" with the US Treasury Department (See Public Law 94-564, Legislative History, pg. 5967, Reorganization (BANKRUPTCY! !!) Plan No. 26)and the Agency for International Development. This agency is an international paramilitary operation and according to the Department of the Army Field manual (1969) 41-10, pgs 1-4, Sec. 1-7 (b) & 1-6, Sec. 1-10 (7)(c) (1), and 22 USCA 284, includes such activities as, "Assumption of full or partial executive, legislative, and judicial authority over a country or area."

The IRS is also an agency/member of a 169 nation pact called the International Criminal Police Organization, or INTERPOL, found at 22 USCA 263a. The memorandum of Understanding, (MOU), between the Secretary of Treasury, AKA the corporate governor of "The Fund" and "The Bank" (International Monetary Fund, and the International Bank for Reconstruction and Development) , indicated that the Attorney General and its associates are soliciting and collecting information for foreign principals; the international organizations, corporations, and associations, exemplified by 22 USCA 286f.

According to the 1994 US Government Manual, at page 390, the Attorney General is the permanent representative to INTERPOL, and the Secretary of Treasury is the alternate member. Under Article 30 of the INTERPOL constitution, these individuals must expatriate their citizenship.
They serve no allegiance to the United States of America. The IRS is paid by "The Fund" and "The Bank." Thus it appears from the documentary evidence that the Internal Revenue Service agents are "Agents of a Foreign Principle" within the meaning and intent of the "Foreign Agents Registration Act of 1938" for private, not public, gain.

The IRS is directed and controlled by the corporate Governor of "The Fund" and "The Bank." The Federal Reserve Bank and the IRS collection agency are both privately owned and operated under private statutes. The IRS operates under public policy, not Constitutional Law, and in the interest of our nations foreign creditors.
The Constitution only permits Congress to lay and collect taxes. It does not authorize Congress to delegate the tax collection power to a private corporation, which collects our taxes for a private bank, the Federal Reserve, who then deposits it into the Treasury of the IMF.
The IRS is not allowed to state that they collect taxes for the United States Treasury. They only refer to "The Treasury."

The following is from: http://en.wikipedia.org/wiki/Irs Emphasis by Me

"In September 2006, the IRS started to outsource the collection of taxpayers debts to private debt collection agencies. Opponents to this change note that the IRS will be handing over personal information to these debt collection agencies, who are being paid between twenty-two and twenty-four percent of the amount collected. Opponents are also worried about the agencies' being paid on percent collected because it will encourage the collectors to use pressure tactics to collect the maximum amount. IRS spokesman Terry Lemons responds to these critics saying the new system "is a sound, balanced program that respects taxpayers' rights and taxpayer privacy." Other state and local agencies also use private collection agencies.[12]"

"...and courts sometimes determine a particular rule to be invalid where the agency has exceeded its grant of authority. " [sometimes?..should be all the time when it exceeds its authority]

Stop!!! in all locations-INTERNATIONAL FUND OF CRIMEES since ICID-International Center of Investment Dispute has agreed since 1966 with approval by 147 nations of 157 Nations. On based decision Instruction Executive Order UN-104222 SWISSINDO through OPPT-USA Agent or Global Assistance for Global Change, Change Logo, Change Name, Change Single Owner from IR. SOEKARNO to IR. SUGIHARTONO,ST. With completed Absolute Title Legal Rights.

Allegations of abuse
The IRS, and in particular the Criminal Investigation Division (CID), has on more than one occasion been accused of abusive behavior. Statements given in hearings before the Senate Finance Committee criticize the IRS:
“[D]oes the IRS correct abuses when they become aware of them? Oftentimes, they do. However, the more important question is, does the IRS cover up occurrences of abuse? The answer is, yes! If the true number of incidences of taxpayer abuse were ever known, the public would be appalled. If the public also ever knew the number of abuses "covered up" by the IRS, there could be a tax revolt.[14] ”

Congress passed the Taxpayer Bill of Rights III on July 22, 1998, which shifted the burden of proof from the taxpayer to the IRS in certain limited situations. The IRS retains the legal authority to enforce liens and seize assets without obtaining judgment in court.[18]
Attorney Michael Minns has asserted that the IRS often destroys the lives of those it targets with no regard for their personal lives or reputations, or that of their families. Minns was the defense lawyer in a case against the IRS on behalf of James and Pamela Moran after an initial indictment and what Minns asserts was an IRS smear campaign that virtually canvassed the taxpayers' own hometown and surrounding area.[19] The original indictment was associated with the Morans' involvement with a tax shelter provider, Anderson's Ark & Associates. The Morans were eventually acquitted in the case.[20]

Minns also had previously asserted that the behavior of two IRS attorneys, Kenneth McWade and William A. Sims, constituted legal misconduct and recommended them for disbarment. Following an investigation, the law licenses of the IRS attorneys were duly suspended for a two-year period after a federal court ruling found that the two had indeed defrauded the courts in connection with 1,300 tax shelter cases. In 2003, the United States Court of Appeals for the Ninth Circuit concluded that the IRS lawyers had corruptly agreed with certain taxpayers that no tax collection actions would be taken against them - in return for testimony against other taxpayers. The court also asked why the IRS had not punished the two.[21] To date, however, the IRS still lists the Morans as guilty of the crime they were originally charged with, and has refused to document their subsequent acquittal of the case and all charges brought against them.

According to Minns, this is proof that the IRS is operating an unfairly slanderous campaign against those who are exonerated in court, as a means of skewing the public record on cases the IRS loses.

"My Prayer for Today"